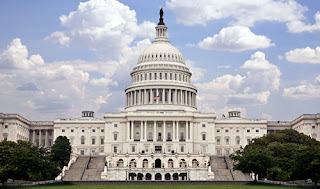 Yes, I've been gone for about 23 months now. Or, as the hobo calls it, "a Railsman's Weekend".

But I'm not going to explain my absence, or my return, because it's just understood that anything hobo-related comes and goes like a corn-mash-soaked breeze over the coal-strewn hills of this once great land.

And I say "once great land" because I hate just sitting back and watching the way the Hobo-American is treated by his fellow citizens.

Of course, when you look at the people who comprise Washington, is it any wonder that Hobo Rights falls somewhere between "Battery Disposal" and "Weird Sunday State Ice Cream Laws" in order of importance?

The utter lack of adequate representation makes me wonder why there aren't any hobo politicians.

Is there some law against running for office out of a PO Boxcar?

Imagine the possibilities of hobos in politics.  Debates would always be settled with an "Oh yeah?! I'll show you!", followed by repeated stabs of the opponent until their time was up.

And then when the other candidate is allotted his 30 seconds for rebuttal, he would just bleed out.

Clearly, if a hobo had ever run for public office, he would have won.

Or, more likely, he would have just run unopposed because the other candidates would have been afraid of being stabbed until they die.

And these are the people running our country. They aren't even man enough to get into a debate that has a high rate of eventual stabbing.

And the thing that they don't even realize is that if their argument is sound, there's really no danger of being stabbed a lot.

However, if your logic fails you in a debate against a hobo, the shiv can be the cruelest of all fact-checkers.

Of course, I don't know if it would be safe to have a hobo president with his finger on the button. After all, a stolen biscuit at a summit could bring about World War III.

But then, if you think about it, who's gonna steal from a hobo president?

Nobody likes getting stabbed with a screwdriver featuring the Presidential Seal.

Especially world leaders.
Posted by Tony at 11:16 AM No comments: Links to this post